Human beings have a dual nature. One part is governed by a spiritual entity and the other part is governed by a material entity. This binary nature of the consciousness creates conflict between the two entities. Humans always try to win one part over the other. Only few people have the ability to balance between the two. As Buddhist people, we believe that human beings originated on earth via spirits came from Abhassara Brahma Loka (Great Heaven of Streaming Radiance). In other belief systems, every society or custom is dominated with a spiritual or divine entity. People who have no belief in any religion can also be categorized as white minded people or dark minded people. Hence we can conclude in all over the world, humans are linked with a spiritual or divine entity. Any knowledge system in human history was translated from a divine source that was then materialized in the human world. When we balance our spiritual nature and material nature, we can achieve prosperity in our life. For this task, a huge number of divination systems originated in human history.

Good deeds and bad deeds we have carried from our reincarnations are regarded as one of controlling force in our life. Those are recorded in the universe as energy patterns in what we call as Akashic Records or Karmic Energies. Divination methods are used to resolve how those ancient records affect our life. Tarot Cards, Light Language, Numerology, Astrology, Palmistry, Runes and Dream Interpretation are popular divination methods which are used in every country. Feng Shui and Vastu Shastra are used to map universal cosmic energy in the right pattern for our environments. The intention of our website is to help you to develop your spiritual life and material life. We use astrology (sinhala tradition) as our main divination method to identify your karmic energy. Lanka Wisdom helps you to enjoy your earthly lifetime in a happy and peaceful way.

The astrology of Sri Lanka is of great interest to sociologists because of the central role that it plays in the rural life of the country. The type of Astrology commonly used in Sri Lanka (formerly Ceylon) derives from Vedic Astrology, with some modification according to Buddhist teachings. In Sri Lanka, astrology has mainly been taught by Buddhist monks in secret to their disciples. Those teachers and schools were known as Jyotishaya Gurukula. However some seers, doctors of herbal medicine, teachers and farmers were also famous as astrologers.

Sri Lankan kings had great respect for astrology as a spiritual science and in important matters — such as the determination of the most auspicious time to begin some major undertaking — the opinion of astrologers was generally sought after. The Pollonnaru Era, Dambadeni Era and Kotte Era are considered the golden ages of Sri Lankan astrology. The astrologers of these times were famous for making predictions. In Sri Lanka, astrology is closely associated with science of Mantra (chants), which allegedly uses sounds to engage the aid of gods, devils and ghosts in accomplishing tasks that are beyond human capability. At the Sinhalese New Year, on either April 13 or 14th, astrological concepts and auspicious times are given great attention in order to secure good fortune in the coming year.

Devaghangha Kamadenuwa and Chandrabarana Trantraya, a popular ancient Sri Lankan astrological books were written in ola-leafs, were authored by the high-ranking Buddhist monks, one was Anomadassi Thero. If we go back to very early history, even earlier than literal history, the great king Ravana and the great King Manu are said to have formulated many historic books related to astrology and mantra. Some other distinguished early Sri Lankan astrologers are Gurunnanse, Ganithaya and Nekath Rale, who could calculate a birth chart almost instantly, without even reference materials such as an ephemeris. Today also, there are sage astrologers in rural villages whose can calculate the birth chart mentally.

Modern day astrology in Sri Lanka largely is conducted on online service as well as personal counselling. Various astrologers have various techniques for offer reading such as using pure mathematical calculations, remembering ancient rules or attaining psychic powers. Today subject became study from course as like other subjects. Normally modern day astrologers play three different roles which are readers, teachers and researchers. With vedic astrology software now they can analyze chart into deeper level. Astrology reading must use as road map or plan of the house rather than true accuracy. So client can take wise decisions under free-will with considering reading. One may not totally rely on astrology reading for serious life decisions. However if astrologer properly analyze charts then he can give powerful guidance into one’s life. Remember, this is a science as all other subjects originated on human history, so astrology also can be giving fault results. Accuracy of reading mainly belongs with karmic deeds of client related to knowing his future. Even seers who were found out astrology in their era somtime gave fault predictions because of free-will can change some moments in human life. 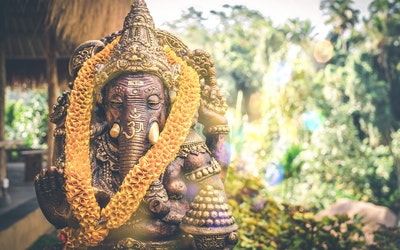 At the present time Sri Lankan astrology is mainly used to predict functions of daily life, matching couple's charts for marriage, finding out auspicious times for starting new tasks and to check houses plans under vastu. Modern literal astrology started in 1857 when Mr. Don Pilip De Silva Apa wrote Apa Panchanga Litha. This was a one of the national ephemeredes used to calculate birth charts. Later in the 19th century Mr. Hendrik De Silva who formerly thought astrology was totally superstitious, but later became astrology mentor and then went on to write a popular astrology hand book called Jivitaya Saha Garayo. He went to India to learn Vedic Astrology then came to Sri Lanka as a great astrologer and wrote a number of Sinhalese astrology books. Now there have many astrology books which are going in modern classic and ancient classic. Modern classic are important because these books have filtered knowledge from ancient classic which are experimented and then considered as highly accurate facts. Normally all rules, theories, and concepts in Sri Lankan Astrology are identical to Vedic Astrology. Now some modern Sinhalese astrologers only use the KP System (Krishnamurthi Paddhati is a modern classical school of astrology based on rulers & sub-rulers which is found by K.S. Krishnamurthi) as scientific astrology rather than respect the traditional theories. Sri Lankan people normally conduct astrological remedies via Buddhist ceremonies, chant Buddhist verses, wear gems, use amulets and ask for help from Buddhist gods.